The Ministry of Energy and Industry has won the Excellence Award in the application of geographic information systems as part of its participation in the activities of the 12th GISRX 2017, which began yesterday, and will continue until 14/12/2017 in Dubai. The GISRX 2017 is organized by «GISTEC» Company, which is the official representative of a large number of Global companies specialized in geographic systems, led by «ISRI» developed for the largest GIS in the world. This conference is organized across the entire Gulf region. More than 800 participants representing representatives of government and private sector representatives, experts, speakers and prominent speakers from various countries in the region had attended the Conference of Geographical Systems. The Ministry of Energy and Industry participated in the "GISWORX 2017" conference, where it presented its achievements in the application of geographic systems and spatial information, especially through the project of the UAE Solar Calculator - Shuaa'. The Award was received by HE Dr. Matar Hamid Al Neyadi, Undersecretary of the Ministry of Energy and Industry, who appreciated the victory and the participation of the Ministry in the activities of the conference "GISorex 2017 GISWORX", The UAE's solar system can be used to calculate the amount of electricity that can be generated from solar energy; whether it is the surface of a house, a farm, a warehouse, a factory or a parking lot, as well as the expected savings in electricity bills and CO2 emissions Carbon that can be avoided. In his speech at the awards ceremony, HE Dr. Matar Al Neyadi stressed the importance of innovation and excellence in the implementation of initiatives and projects, to which the Ministry attaches great importance. He stressed also the importance of using solar energy in UAE because of its benefits to individuals; and to rationalization and savings in the electricity bill, as well as the environmental importance to the country. He expressed his happiness about the Ministry's role in supporting renewable energy through three axes: - Enacting laws and legislations. - Preparing necessary applications such as the UAE Solar Calculator "Shuaa'". - Culturing and education. 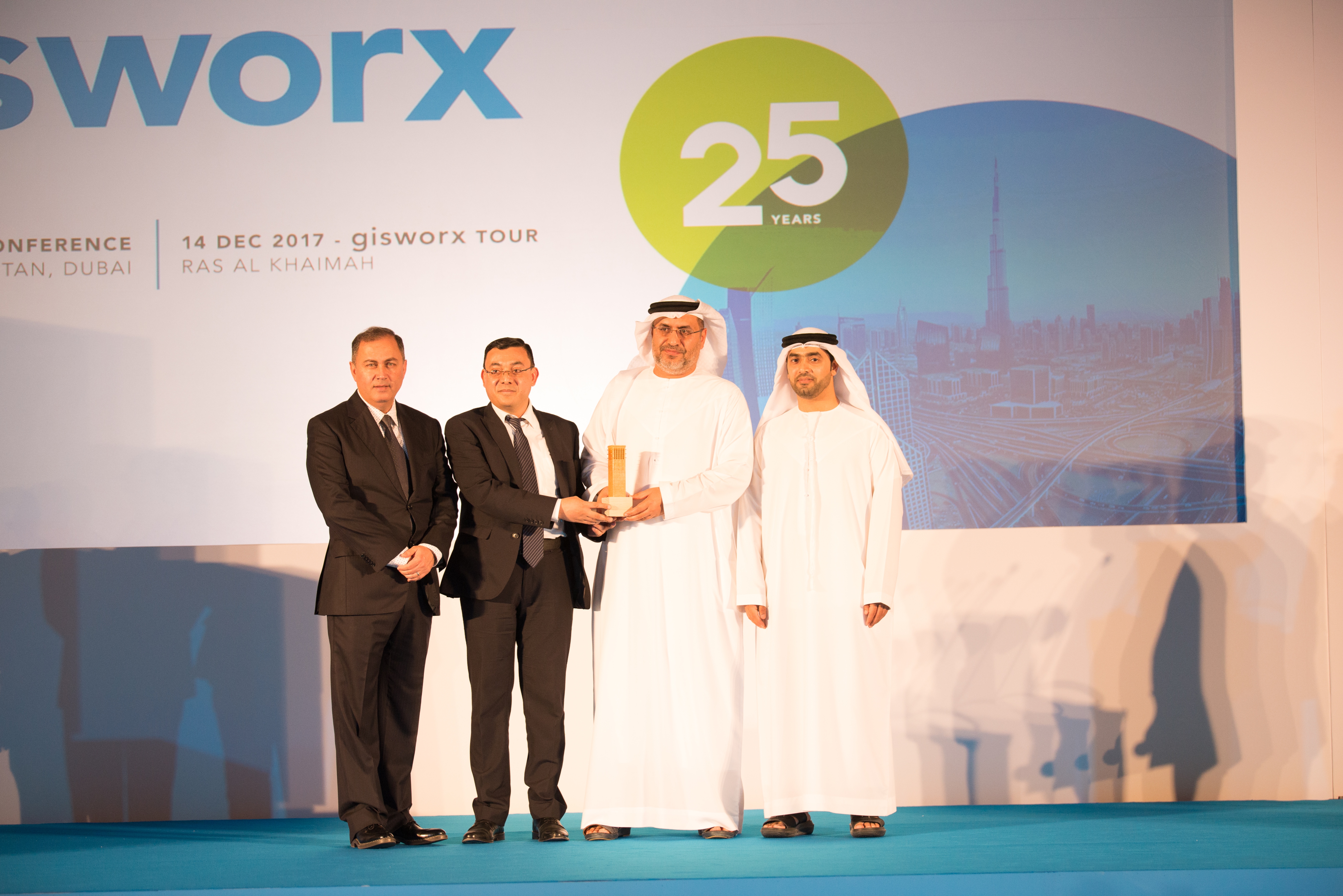